URI finished 5th at this weekend New England Coed Dinghy Championships hosted at home on the infamous Harbor of Refuge. It was a wild and windy weekend with no race sailed in under 18 knots and the vast majority of races sailed in 25 knots(see photos below). In A division senior skipper Matt Carmody teamed up with experienced heavy air crew Andrew Moakes to finish 9th in their division. Amy Hawkins started B divsion strong with a 7-7 first set before the wind became sustained over 20 knots when Jamie Simmons stepped in and averaged a 5 for the rest of his races. All-star senior heavy Jeremy Henry crewed in B division all weekend.

The Rams advance to the ICSA Semi Finals in Long Beach,CA April 30th-May 1st. As always follow all the weekend action on 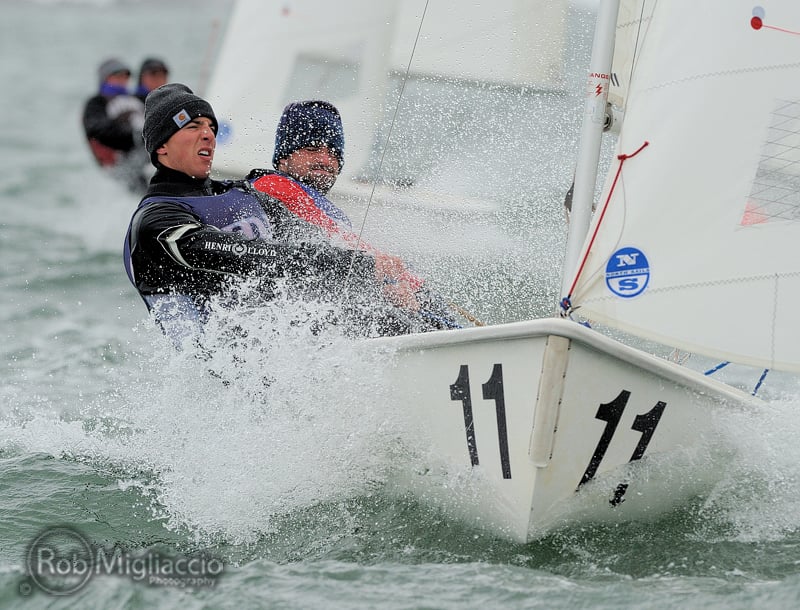