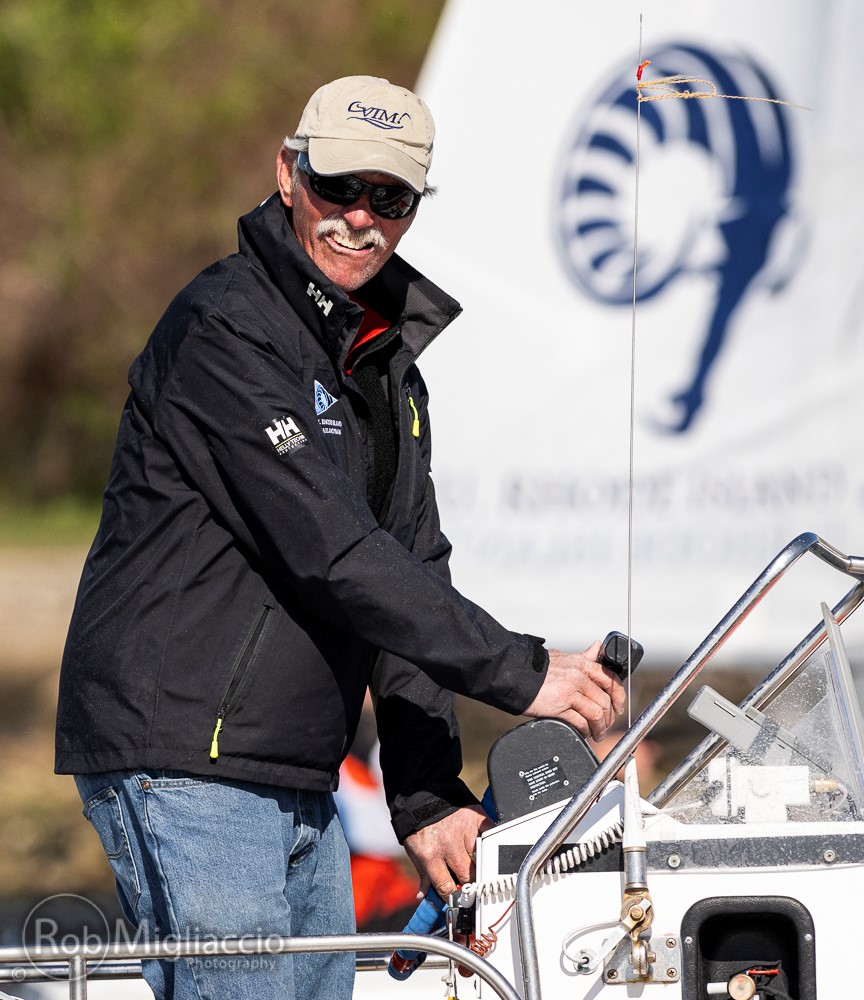 Moose McClintock is a URI alumnus, graduating with a BA in English in 1976 and serving as team captain his senior year. Following his graduation, Moose dove into the marine industry, working as a sailmaker for 15 years before moving on to a career in the sailcloth industry. During this time, Moose sailed in multiple venues worldwide, bringing home 9 world championships and multiple North American, European and National championships. Most notable in his sailing career is his involvement in match racing, winning 5 Congressional Cup championships and multiple WMRC titles. His match racing career culminated in 2nd place finishes in both the 1995 America’s Cup defender trials and the 2000 Louis Vuitton Challenger finals.

It was during the AC experiences that the value of elite coaching took hold. Moose has coached one design through offshore teams in boat handling, sail trim and design, and team building, culminating in the most rewarding result, a bronze medal for the 2.4 Meter class in the 2008 Paralympic Games. This was a unique opportunity to coach a severely disabled individual to their peak ability. This success resulted in Moose moving on to coaching more actively, with his teams showing dramatic improvement and consistency.

When the opportunity arose to coach at his alma mater, it was a very easy decision. The opportunity to bring over 45 years of experience, covering a broad spectrum of disciplines, to the URI sailing team is one of a kind, and he looks forward to the challenge of maintaining the success of the program and building on it going forward.