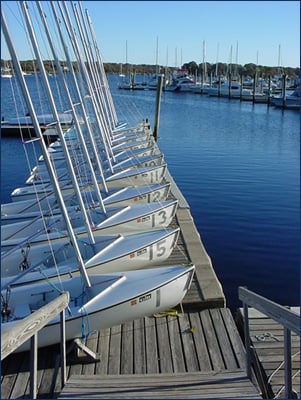 ALUMNI SUPPORT WANTED!
Every wonder how you could support the sailing team? Don’t under estimate the contribution you have to offer the team. Please get involved and do your part to help rebuild this team into the number one college sailing team in the nation. You may even have fun doing it! Want to learn more about how you can help? Visit our page! 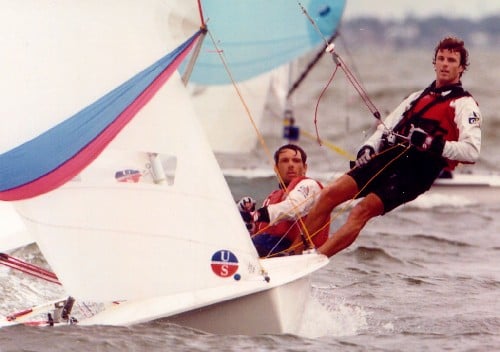 “I was an average sailor when I started at URI. After four years of practicing against great sailors and friends like Lars Guck, Charlie Allen, Tom Hall and Geoff Ewenson I had developed the skills and confidence that allowed me to challenge myself at the highest level of our sport. Six years I was at the Olympic Games in Sydney in the 470 class crewing for Paul Foerster and coached by current URI coach, Skip Whyte. At the end of the event I was standing on the podium wearing a Silver Medal. At its most fundamental level URI Sailing is a fantastic supplement to your academic life. It can also be the start of something bigger.”
— Bob Merrick, Class of 1995 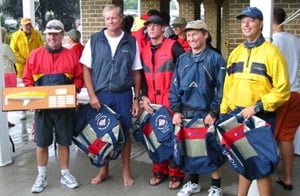 [At Right] Chris Snow of North Sails One Design after winning the 2003 J24 Nationals in Milwaukee, Wisconsin

“Little did I know at the time that driving to East Greenwich three times a week to sail a single sailed Beverly dinghy would have such a huge impact on my life! The friends I made and the things I learned about life and sailing while being involved with the sailing team at URI are still impacting me. Congratulations on the great steps the program has taken recently! The program and facilities look truly awesome!”
— Chris Snow, Class of 1983 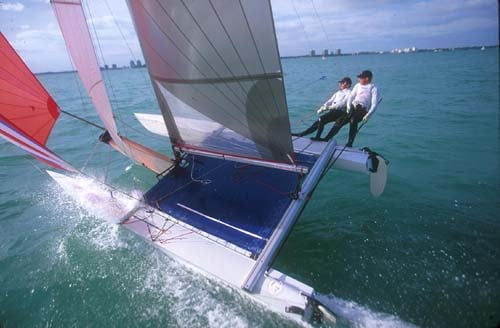 “I spent many hours sailing and practicing on Salt Pond while at URI. Our self-run, self-coached team had some very sucessful years. The experiences I shared with my friends and teammates have proven to be invaluable in starting a business and staying competitive in sailing. I am very proud to be a URI Sailing alumni.”
— Lars Gluck, Class of 1990